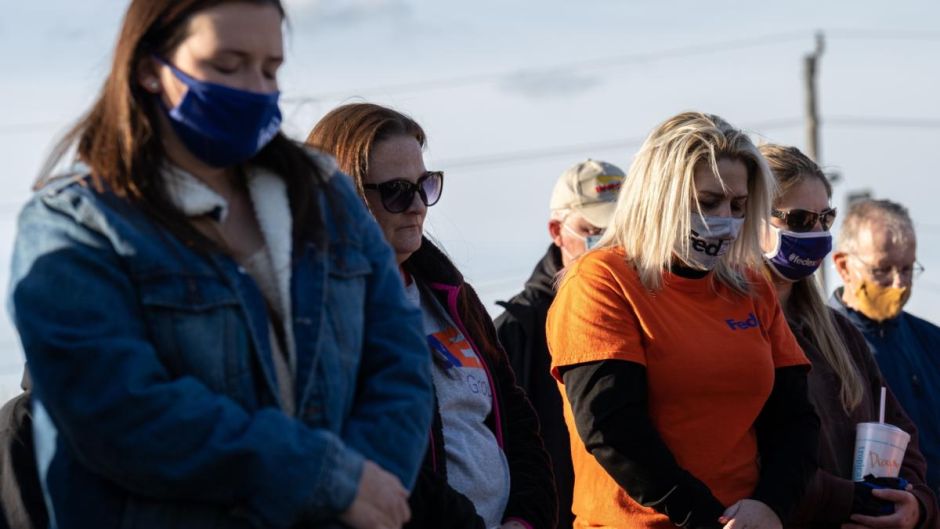 The man who shot eight people dead at a US FedEx plant on Thursday night legally purchased two semi-automatic rifles he used in the attack just a few months after the police seized a shotgun from him, according to the police.

In March 2020, the police took a shotgun from Brandon Hole (19) after his mother raised concerns about his mental state, records show.

Chief Randal Taylor of the Indianapolis Metropolitan Police Department said the fact that Hole was legally able to make the more recent gun purchases indicated that despite his mother’s warning and the police seizure of a gun, the authorities had not deemed him subject to Indiana’s so-called red flag law. This law bars people from possessing a firearm if they are found by a judge to present a dangerous risk.

The revelation came as Indianapolis mourned the deaths of workers at the sprawling FedEx facility near the edge of city limits, with at least seven others suffering gunshot wounds.

At least four of the victims were members of the Sikh community, and the attack renewed the fears among American Sikhs, who have over the years been accosted for wearing turbans and attacked in a house of worship.

The family of Hole, who was said to be a former worker at the facility, released a statement Saturday that apologised to the victims and said, “We tried to get him the help he needed.”

Hole killed himself after the attack, the authorities said. They have not said whether hate or bias might have played a role in the attack.

Under Indiana’s red flag law, the authorities have two weeks after taking someone’s weapon to argue before a judge that the person is unstable and should be barred from possessing a gun for a period of time.

Chief Taylor said he was unsure whether a hearing like that ever took place in the case of Hole, although the police never returned the shotgun they had seized last year.

“I don’t know how we held onto it,” he said in an interview Saturday night. “But it’s good that we did.”

However, the chief added, Hole went on to “legally purchase a much more powerful weapon than a shotgun”. – New York Times