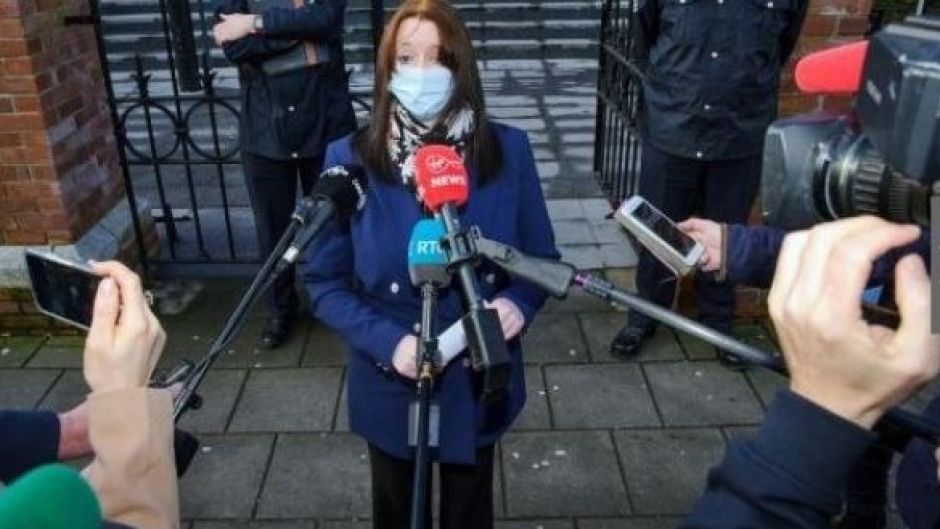 The Government is unlikely to revisit stalking and harassment laws so soon after updating legislation in the area last year, sources say.

Department of Justice officials were responding to a campaign, launched on Monday by two victims of stalking, to have it made a specific offence.

Currently stalking is prosecuted under the umbrella offence of harassment, which is part of the Non-Fatal Offences Against the Person Act 1997.

This is despite a recommendation from the Law Reform Commission (LRC) in 2016 that stalking be made a distinct offence from harassment. This, it argued, would underline “the different and more insidious character of the crime” and offer greater protection to the public.

The LRC pointed to legislation in Scotland which made stalking a specific offence in 2010. There were 150 stalking prosecutions in the first four months after the act was introduced, compared with 70 in the previous decade.

The Government considered making stalking a specific offence during the drafting of the Harassment, Harmful Communications and Related Offences Act, also known as Coco’s Law, which became law in December.

Sources said consideration was also given to increasing the maximum sentence even further for serious harassment/stalking offences. This idea was abandoned as it was believed a higher maximum sentence would be too out of step with sentences for other offences.

The LRC had recommended that the maximum sentence remain at seven years for both stalking and harassment. Seven years was already “considerable” and greater than many other jurisdictions, including England and Wales where it is five years.

Given that Coco’s Law was only signed into law in December, it is highly unlikely to be revisited in the short or medium term, department sources said on Monday.

“Instead of introducing a distinct offence of stalking, Section 10 of the 1997 Act was amended to increase the maximum penalty for harassment to 10 years’ imprisonment to reflect the harm caused by those who engage in the most serious forms of harassment.”

The latest campaign is being led by Una Ring and Eve McDowell, who have both been the victims of stalking. They are being supported by Mary Crilly of the Cork Sexual Violence Centre.

Physically stalking someone is “very different” to harassment, although both are highly traumatic, Ms Crilly said.

The LRC recommended that the definition of stalking should be almost identical to harassment, namely it should involve: “persistently following, watching, pestering or besetting another person or persistently communicating by any means of communication with the other person . . .”

However, unlike harassment, a stalking offence would also require the offender to “interfere seriously with the victim’s peace and privacy and cause him or her alarm, distress or harm”.

“There is obviously a lot of overlap between the two offences,” said National Women’s Council of Ireland chairwoman Orla O’Connor who has been campaigning on the issue for years.

“But having stalking as a specific offence would recognise its much more threatening nature.”