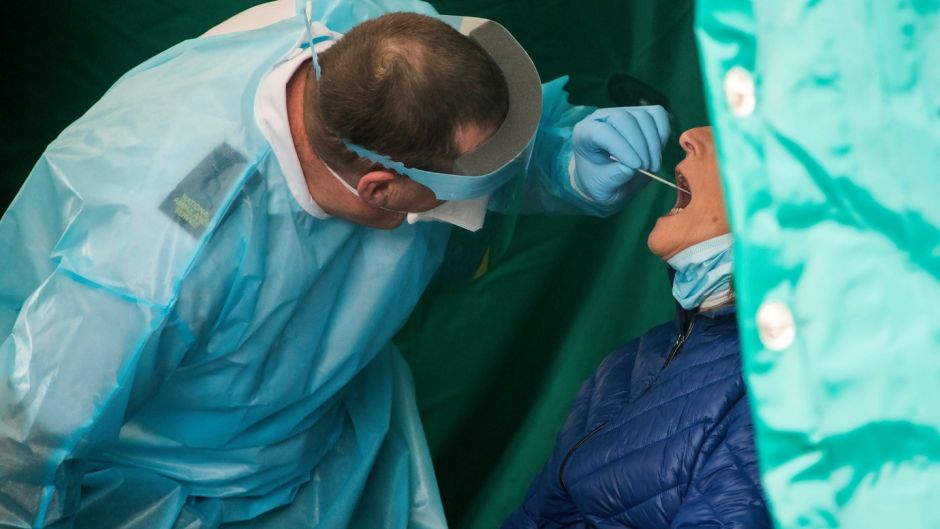 The HSE director of public health covering west Dublin has said the high rate of asymptomatic cases detected in the Covid-19 hot spot from walk-in testing was a “worry” but not surprising.

The rate of positivity among people who turned up for testing at the HSE’s walk-in centre in Blanchardstown, one of five in operation in Dublin and Offaly, stands at 4.3 per cent on confirmed results from tests carried out last Thursday and Friday.

This is significantly higher than the frequent testing carried out in nursing homes, meat plants and mental health and disability facilities to identify hidden cases of the virus.

“We were concerned that we had high positivity rates in certain pockets and we are not surprised we have picked it up but it is a worry,” said

She described it as “heartening” that large numbers of symptom-free people were coming forward voluntarily for testing but “disheartening” that the asymptomatic positivity rate was so high.

Over the past four days, swabs have been taken from more than 7,600 people at five no-appointment centres, four in Dublin and one in Tullamore. This includes 1,879 people tested on Saturday and 1,856 on Sunday. It is part of week-long testing in high-infection areas to try to get on top of the virus.

Niamh O’Beirne, the HSE’s national lead for testing and tracing, said the overall positivity rate across all five sites from the first two days of testing stood at about 2.5 per cent. The vast majority of positive cases were in the 15-34-year-old age group, she said.

On Sunday the five-day moving average of daily Covid-19 cases across the State rose above 600, to 620, as a further 604 confirmed cases were reported .

The deaths of 13 people with coronavirus were alo reported by the National Public Health Emergency Team. There were 322 people in hospital with Covid-19 in hospital on Sunday morning and 66 people in intensive care units. The highest number of cases was reported in Dublin (224), followed by Donegal (45), Kildare (36), Limerick (34) and Tipperary (26). Offaly continues to have the highest 14-day incidence rate in the country at 443.8 per 100,000 . The national average 14-day incidence rate is 164.5 per hundred thousand, with Monaghan, Cork and Kerry recording the lowest incidences in the country.