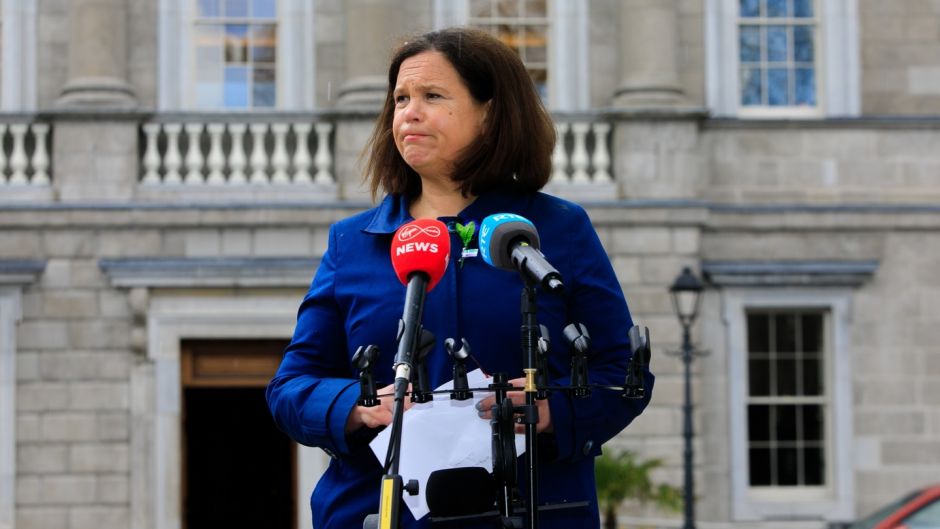 Ms McDonald described the assassination – in which three others including two children were killed – as “heartbreaking”. She was speaking a day after the funeral of Britain’s Prince Philip, husband to Queen Elizabeth II and nephew of Mountbatten.

Asked on Britain’s Times Radio if she would apologise personally to Prince Charles for the attack, she replied: “The army and the armed forces associated with Prince Charles carried out many, many violent actions on our island. And I can say, of course, I am sorry that that happened.”

Ms McDonald added: “Of course, that is heartbreaking. My job, and I think that Prince Charles and others would absolutely appreciate this, my job is to lead from the front, now, in these times.”

Ms McDonald said it is “all our jobs to ensure that no other child, no other family, irrespective of who they are, face the kind of trauma and heartbreak that was all too common on all sides – let me emphasise on all sides – of this island and beyond.

“I have an absolute commitment and responsibility to make sure that no family faces that again. And I am happy to reiterate that on the weekend that your Queen buried her beloved husband.”

The Irish Times asked Sinn Féin whether Ms McDonald had any issue with the interpretation that the Telegraph and other UK media outlets were putting her comments on Sunday, namely that she was apologising for the IRA attack. Several hours after making the request, there was no response from a party spokeswoman.

Ms McDonald said she had met Prince Charles on several occasions, adding that he “wrote me a lovely letter, wishing me well and wishing me a full recovery” after she contracted coronavirus last year.

“I thought that was most decent and kind of him,” she said.

Ms McDonald’s predecessor, Gerry Adams, did not apologise to Prince Charles during a meeting in 2015, after which he said he stood over his comments that the royal “knew the danger” he was in by coming to Ireland.

Lord Louis Mountbatten was killed when an IRA bomb detonated aboard his boat off the coast of Co Sligo. Also killed was Mountbatten’s 14-year-old grandson, Nicholas Knatchbull; the boy’s grandmother, Lady Doreen Brabourne; and Paul Maxwell, a 15-year-old boat boy from Enniskillen.

After his first meeting with Prince Charles in the Republic, Mr Adams said they both expressed regrets over deaths in the Troubles and spoke about the bombing in Mullaghmore as well as other atrocities.

But he declined to retract previous comments that the royal “could not have objected to dying” because “he knew the danger in coming to this country”.

“I stand over what I said then. I’m not one of those people that engages in revisionism. Thankfully the war is over,” said Mr Adams at the time.

Ms McDonald also told Times Radio that she expects to see two referendums – one in the Republic and one in the North – that will deliver a united Ireland within 10 years.

“Let me say that is not simply a crude matter of bolting the North on to the Republic as it is currently constituted,” she added.