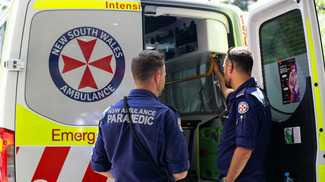 Emergency services, including paramedics, are at the scene after a car crashed into a tree on the Northern Rivers this morning.

Ambulance NSW have confirmed they were called to the scene of a single vehicle incident at the Pocket Rd, The Pocket, between Billinudgel and Main Arm, west of Ocean Shores, shortly before 7.30am on Monday April 19, 2021.

An Ambulance NSW spokesman said they had one road unit at the incident.

It is understood the Rural Fire Service and police are also in attendance.

Meanwhile, police are reminding commuters to travel safely on public transport and roads across NSW as students return from school holidays.

Officers from Police Transport Command will maintain a strong presence across the transport network, patrolling trains, buses, light rail, and ferries to keep the community safe.

“We want everyone to arrive at their destination safely, as students go back to school and public transport numbers return to near normal pre-COVID,” Commander of Police Transport Command North/Central Sector, Detective Acting Superintendent Todd Cunningham, said.

“Police are here to help, so if you see any suspicious activity, anti-social behaviour or crime, please report it to Crime Stoppers – or triple-0 if it’s an emergency.”

Traffic and Highway Patrol Command officers will also be out in force on roads across the state to ensure motorists are driving safely and observing the 40km/h school zones.