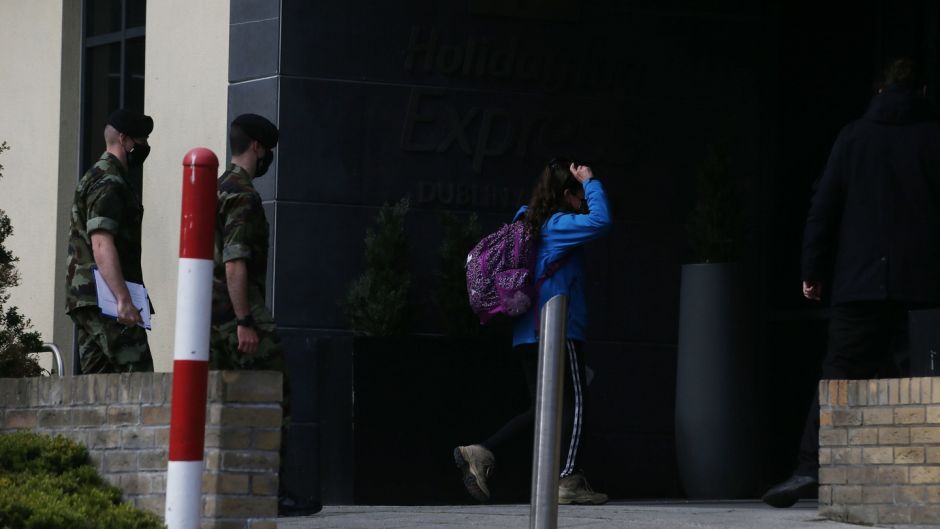 There has been a scramble for tickets on flights into Ireland from countries to be added to the mandatory hotel quarantine list later this week.

The list of Category 2 countries is being extended from 4am on Thursday to include the United States, Canada, France, Belgium, Turkey and Italy as well as eight other countries. From then all affected passengers will be required to check into designated hotels for up to 12 nights at a cost of almost €2,000 per person.

Changes to the list has meant a spike in demand from some destinations with the cost of flights on key routes climbing significantly and others selling out.

In the seven days up to April 4th, more than 4,300 passengers from the countries to be added to the list arrived in Ireland with the vast majority coming from, or through, France, Qatar, Turkey and the US.

A Ryanair flight from Milan to Dublin on Wednesday, less than 24 hours before the updated mandatory hotel quarantine list comes into effect, is sold out. By contrast there are more than 100 seats available on the same route next Sunday with the cost of one-way tickets falling to less than €35.

Flights from other affected countries have a similar surge in bookings in recent days.

Aer Lingus flights from Paris to Dublin on Tuesday are at a premium and on Monday afternoon only 11 one-way tickets were available at prices ranging from €198 to €539 for the solitary Tuesday flight. On the same route on Wednesday there were only nine tickets available, with prices ranging from €373 to €539.

By contrast a one-way ticket from Paris to Dublin on Wednesday April 21st is just €74,

There are 17 flights from countries set to be added to the Category 2 list scheduled to touch down in Dublin on Tuesday and Wednesday, including flights from Istanbul, Doha and multiple flights from the US.

There were seats available on the transatlantic routes serviced by Aer Lingus. Although on the two days before the US goes on to the Category 2 list, which requires mandatory hotel quarantine, prices for one-way tickets were significantly higher than on subsequent days.

Tickets on the New York to Dublin route on Tuesday and Wednesday were priced at €931 with the cost of a ticket falling to €600 on Thursday and Friday. One-way tickets from Chicago to Dublin were also significantly higher on the days before the new rules come into affect compared to the days after.

Close to 100 seats on a United Airlines flight from Newark into Dublin on Tuesday morning were unavailable for booking in the hours before departure, suggesting a dramatic increase in the number of passengers on the routes.

According to airport sources most flights from the US in recent months have carried less than 30 passengers, with the numbers arriving in on early-morning transatlantic flights on Monday in line with those figures.

Ryanair said it would not comment on passenger numbers ahead of the widening of the list as it was “commercially sensitive information” while an Aer Lingus spokesman also declined to comment.