Prime Minister Scott Morrison has arrived in the United Kingdom ahead of the opening of the G7 summit in Cornwall.

“I just want to assure people that we continue to stay in close contact with the situation in Victoria, in particular the terrible floods which have already claimed two lives, and we extend our sincere condolences to the families who have lost loved ones there,” he told reporters.

“If it’s flooded, forget it. That is the clear message. The federal government will work closely with the state government to ensure that the normal disaster recovery support will be flowing in partnership with the way that that has been organised with the government in the state of Victoria.”

The Prime Minister said there “has never been a more important time for Australia to be sitting around such a table” as the G7 summit.

“Dealing with the challenges of the COVID-19 pandemic, the recession that it has caused and the recovery that we are building, particularly at home in Australia, with our economy being bigger today than it was before the pandemic hit,” he said.

Mr Morrison and other world leaders have faced issues landing in Cornwall due to heavy fog blanketing the summit site.

Mr Morrison will attend three sessions at the G7 – on health, the economy and climate – and meet with leaders individually on the sidelines.

This year’s summit will be the first in two years after the 2020 meeting – scheduled for Camp David in the United States – was cancelled due to the coronavirus pandemic.

Vaccine equality, climate change, energy, security and international relationships with China and Russia are expected to be on the agenda.

The G7 group has pledged to donate one billion vaccine doses to poorer nations, by sharing jabs directly and through financial aid, the British government announced.

Leaders are also to come up with a plan to extend vaccine manufacturing.

Before the summit, President Joe Biden said the US would donate another 500 million vaccine doses to 92 poorer countries and the African Union by June next year.

UK Prime Minister Boris Johnson, who is hosting the three-day summit in the coastal village of Carbis Bay, announced his country would provide 100 million surplus doses, most of them to be distributed through the COVAX vaccine-sharing program.

The G7 group remains divided over the issue of lifting patent protection for coronavirus vaccines, as proposed by the US and several other nations.

French President Emmanuel Macron said on Thursday that France and South Africa would present a proposal during the summit on an exemption for a limited period of time and applying to particular places.

The group is also looking to discuss plans to better prepare the world for future outbreaks. “Global solutions are needed,” according to a draft of a “Carbis Bay Health Declaration” seen by DPA.

In the draft, the G7 leaders commit “to strengthen our collective defences to better prevent, detect, and respond to, and recover from, future pandemics through effective multilateral action and a strengthened global health system”.

On Friday evening, the leaders are scheduled to attend a reception hosted by Queen Elizabeth II and her son, Prince Charles, during which environmental protection and fighting climate change are on the agenda. 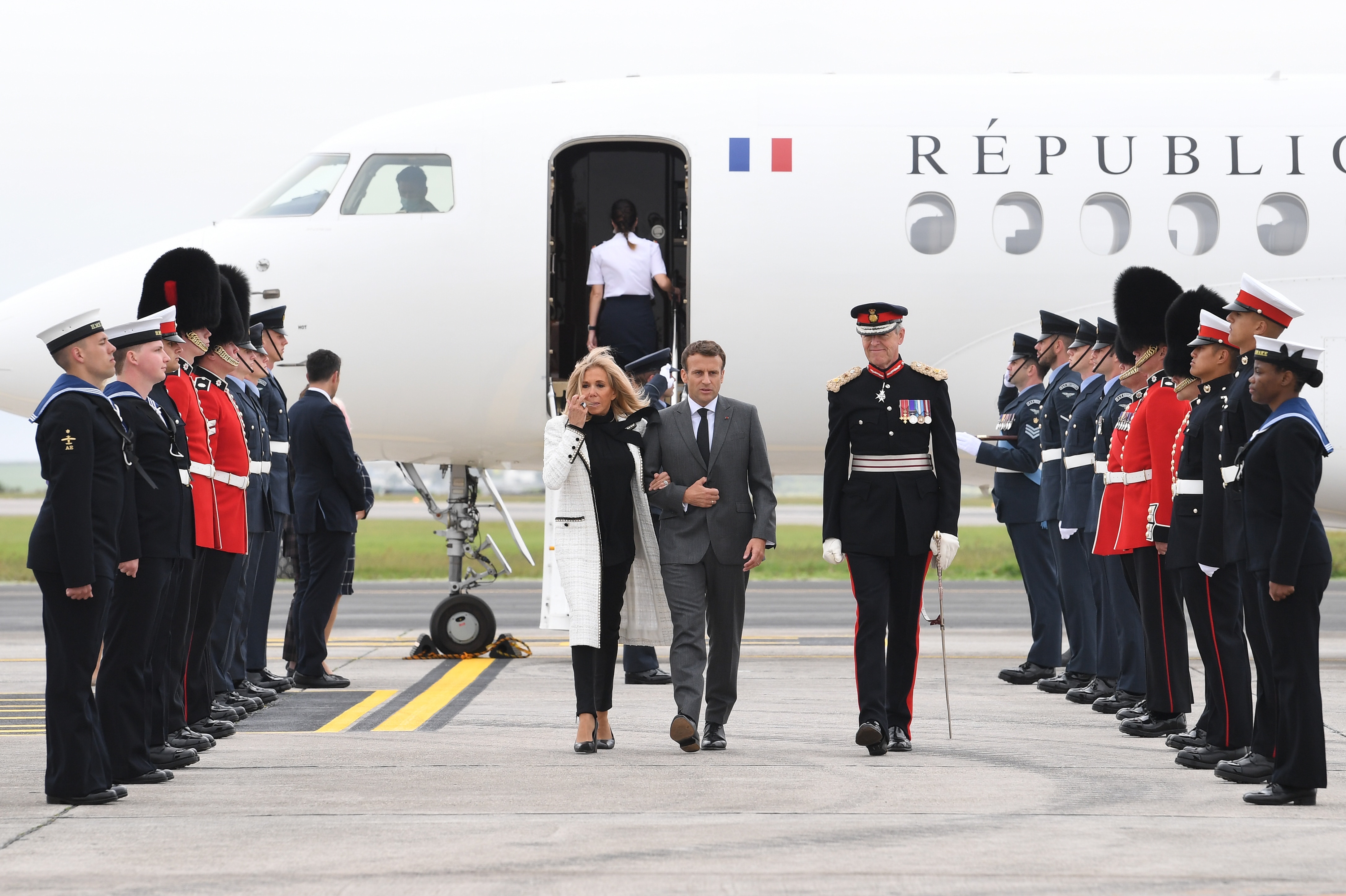 French president Emmanuel Macron and his wife Brigitte Macron arrive at Cornwall Airport Newquay ahead of the G7 summit.

The summit is the leaders’ first in-person meeting in this format in two years after the G7 leaders met virtually last year due to the pandemic.

It is the first major international summit for Mr Biden, which he is attending as part of a one-week Europe trip.

The group is also discuss relationships with Russia and China, with Biden looking to strengthen ties with the other G7 members again to create a united counterweight to the two nations.

The G7 comprises the United States, Britain, Germany, France, Italy, Japan and Canada. On Saturday, the leaders of Australia, India, South Korea and South Africa are invited as guests as well.

Mr Johnson has said he hopes this will make the summit more of a conference of leading democracies.