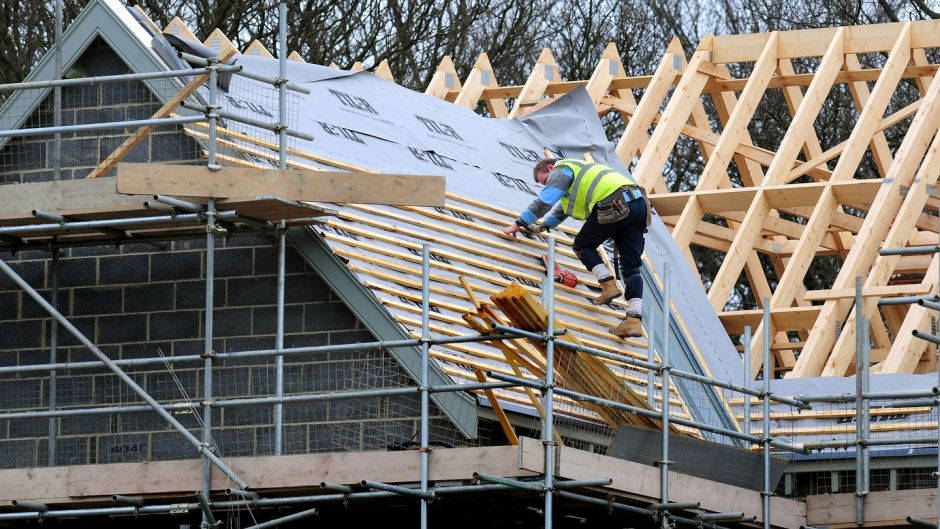 The Government will look at getting all construction re-opened in May as “key milestones are being met” with regards to controlling Covid-19 cases, the Taoiseach has said.

Micheál Martin said “steps to reopen have been moving ahead while we have also reducing the spread of the virus”.

Speaking at the Fianna Fáil annual 1916 Arbour Hill commemoration Mr Martin said “we will review progress in the days ahead and set out the steps which we can implement in May.

“We will look to get all construction activity reopened. We understand the major impact felt by small business and want to see a return of more retail and commercial activity and personal services.”

The Taoiseach also said “we have begun the gradual steps of lifting some restrictions. And if we can maintain control of the virus we will go as fast as possible in lifting more.”

The first phases of the vaccination programme are already saving lives and reducing the spread of the virus, while the national registration system has allowed thousands to book appointments every day, he said.

“As the committed supplies are delivered we will radically alter our possibilities.”

But he hit out at “spin” as he said the focus had to be “solely on the challenges of Government.”

Mr Martin was speaking after a week of intense controversy over the vaccination programme, the status of the AstraZeneca vaccine, the priority list for vaccination and mandatory hotel quarantining.

Mr Martin said “in opposition we insisted on being constructive and we have done the same in Government.

“I know that this can sometimes frustrate people – but as Lemass once said, it is the unique role of Fianna Fáil to be practical patriots. We will not win every fight but we will stand by a record of practical and positive action for the Irish people.”

His comments come as the number of Covid-19 patients in hospital fell this weekend to its lowest level since October, with 181 people in hospital with the virus.

As of yesterday evening 49 patients were in ICU with Covid while six patients were admitted in the past 24 hours while eight were discharged, according to the HSE.

Vaccination against Covid-19 with the AstraZeneca jab for those aged 65-69 will begin on Monday following the registration of more than 85,000 people on the HSE portal.

HSE chief executive Paul Reid said in a tweet this morning: “From tomorrow we’ll commence the vaccination for those aged 65-69. Based on supplies, we’ll promptly move to those 60-64 and then further down through the ages.”

By the end of next week, 26 vaccination centres will have been opened across the State as the vaccination programme ramps up, with the target to administer 250,000 doses weekly.

However, Minister for Health Stephen Donnelly remains under pressure this weekend after it emerged he has asked his officials to examine the possibility of revising the order of priority for receiving the vaccine to favour people in the 18-30 age group.

Mr Reid said he was unaware of the proposal. Some senior officials were said to fear a spike in cases among younger people once society begins to reopen, as under-30s are more likely than other age groups to socialise together in large numbers.

Mr Reid said the HSE was continuing to work on the list that focuses on older cohorts and medically vulnerable groups.

Prioritising Covid-19 vaccinations for people based on their age remains the best approach if the aim of the inoculation programme is “harm reduction”.

Under the new regime people arriving from a category 2 country who can provide proof of being vaccinated with Pfizer, Moderna, AstraZeneca or Janssen injections, coupled with a negative PCR test, will now not need to enter hotel quarantine and can quarantine at home.